Last Monday we held the windup up dinner for the East Enders darts team ,of which I am the Captain, Secretary and Treasurer, at the Port Macdonnell Hotel. 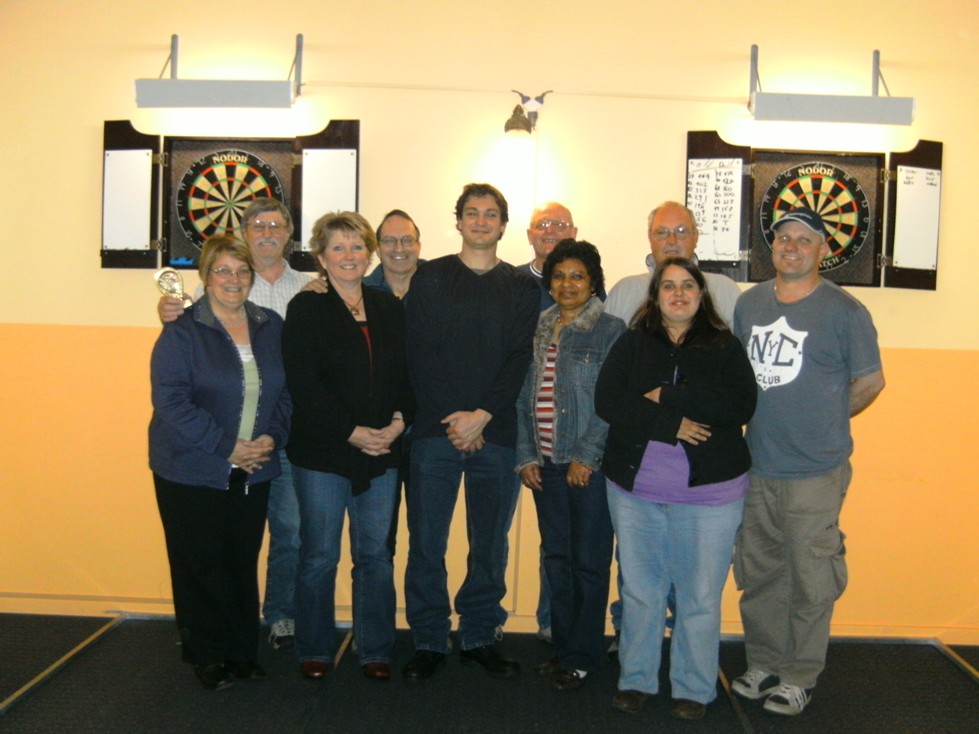 John had made the trip over 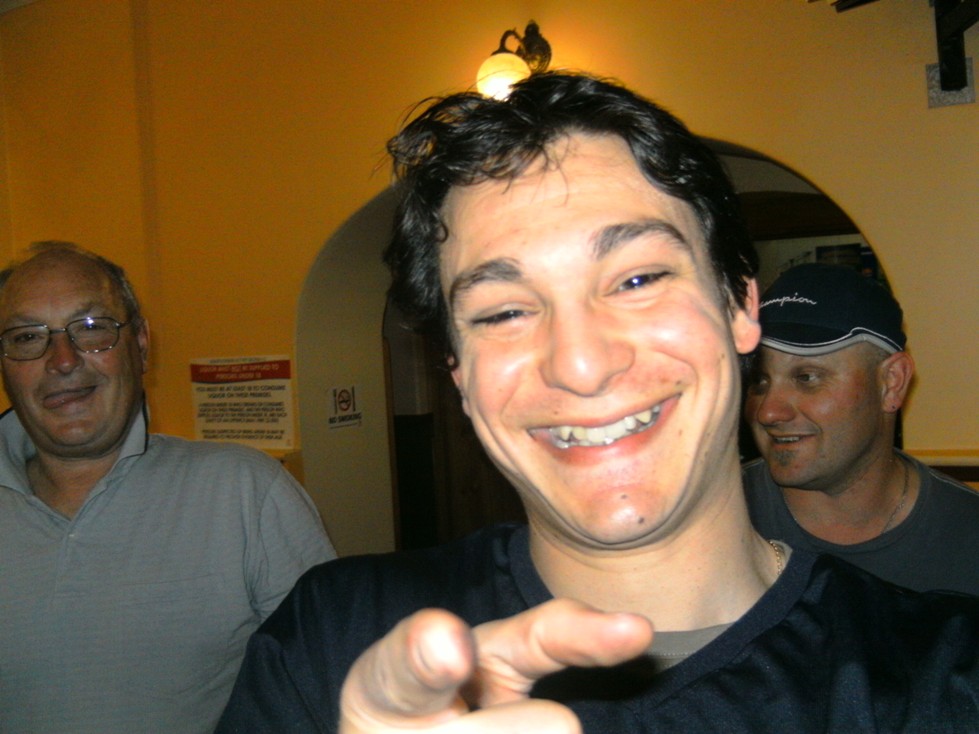 from Melbourne in his trusty car, a Volvo he has named Mercedes, to participate although Ant. Mathys never made it and Chris had resigned from the team mid season.

We had tea together and then the main event of the night took place which was the competition for the singles championship of the team.

The format was a round robin win with the highest points winners playing off for the trophy. The competition was close and the final was played off between Ron and yours truly with it going down to the wire but Ron being triumphant. 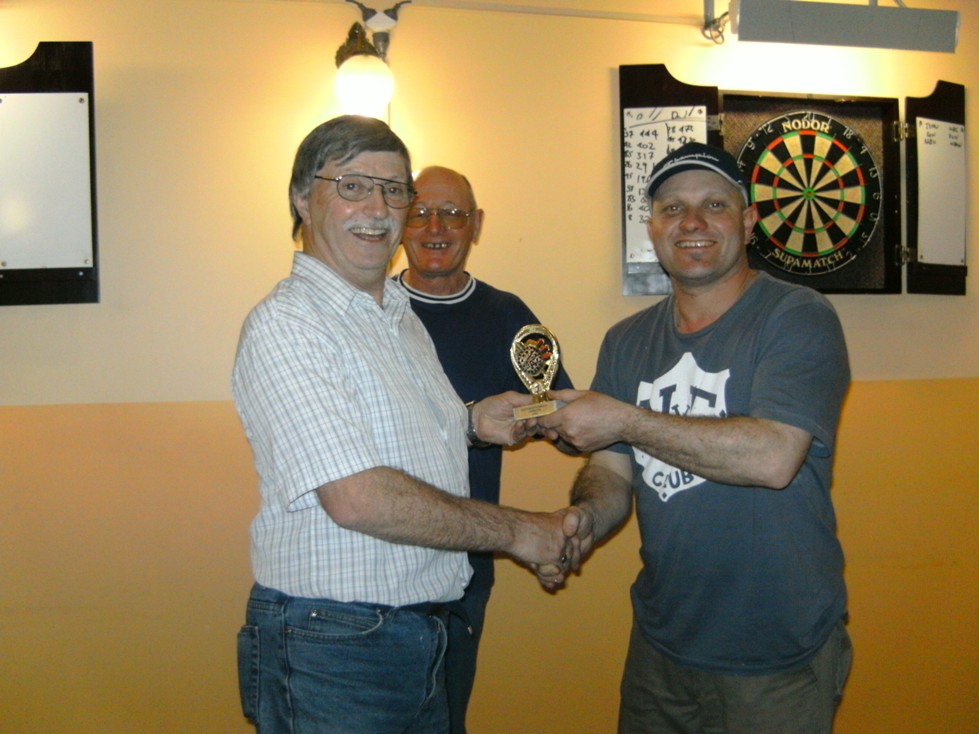 Martin never played as well this year as last and as last years winner made the presentation to his father. What we shall do next year when there will be two teams entered in two different grades we haven't, that is I haven't worked out yet!

Anyway it was a good time with partners there too and the season although disappointing in the number of close matches we lost was still a success.

So now its back to gardening in Tarpeena with the old dog yard being converted into a vege patch. It will certainly be well fertilised with the number of dog poos buried there over  the years that Trixie inhabited the place.

And the water table may at last rise instead of decreasing as it has especially in the last couple of years.

The grand final is on this weekend and even more rain is forecast, we are having a BBQ next door and since Len cooks under his verandah it wont matter whether it rains or not as long as Geelong are the winners this year!