I fancied oysters on my birthday and they grow them in South Australia near Port Lincoln so,  never having been there,  it seemed like a good idea at the time to take a trip West. 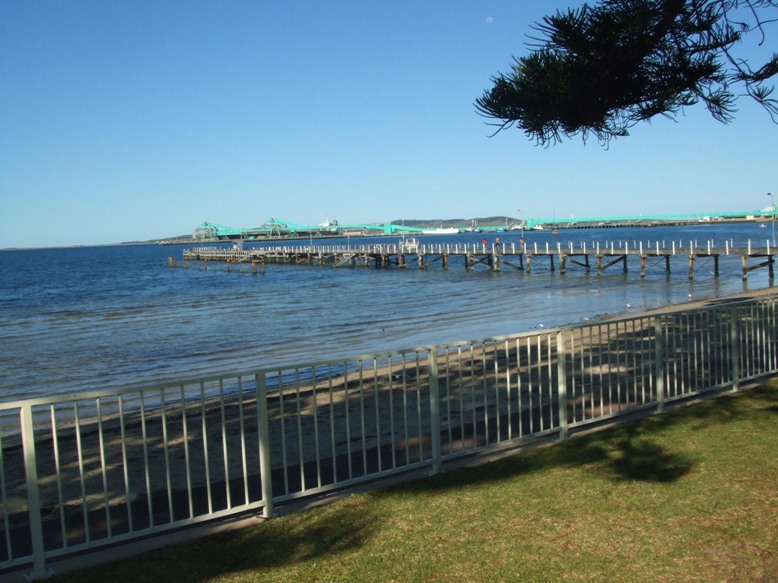 weather ,which always makes for  a  better holiday , and is a very nice city.

There is a certain ambience there brought about by nearly full employment and heaps of cash from the fishing industry. Plus of course the fine fishing and seafood available. I must say the local oyster population took a bit of a hammering in the four days we were there and the memory of sitting at lunchtime on a lookout over Boston bay scoffing oysters straight from the shell will remain as a birthday wish fulfilled. 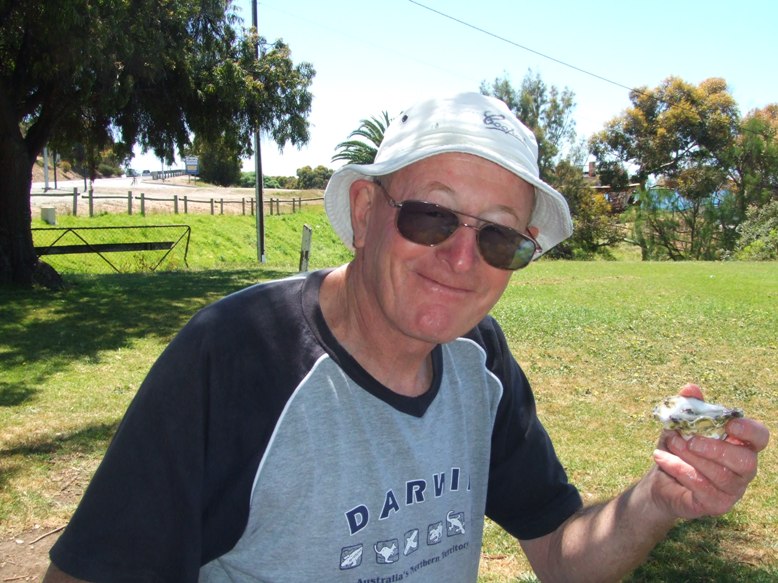 It was a bonus when the Motel owner  turned out to be a Home Brew fascinista , like myself, and the evenings could be spent sampling his beer and then mine and then Coopers own brew as a comparison. Stories were swapped as the froth descended in the glass. This was not every evening because on my birthday Nuran and I had a meal at the Lincoln Marina. We decided to walk there as Port Lincoln has a fine network of tracks to take you all over the place and thus Shank's Pony was our method of transport as  we intended to imbibe, well I did.

However the network does not necessarily provide the shortest route and it was an hour and a half later after a circuitous look at the Port Lincoln wharf when we arrived. There was a dozen oysters in my back pack to eat on the Marina but it was a warm day and I didn't think that an hour in a back pack in the sun would do anything for health of the molluscs so they were consigned to the sea, but no matter as the meal was good, the company (Nuran) great and the view magnificent as the sun set over the Millionaires boats and the Millionaires houses. 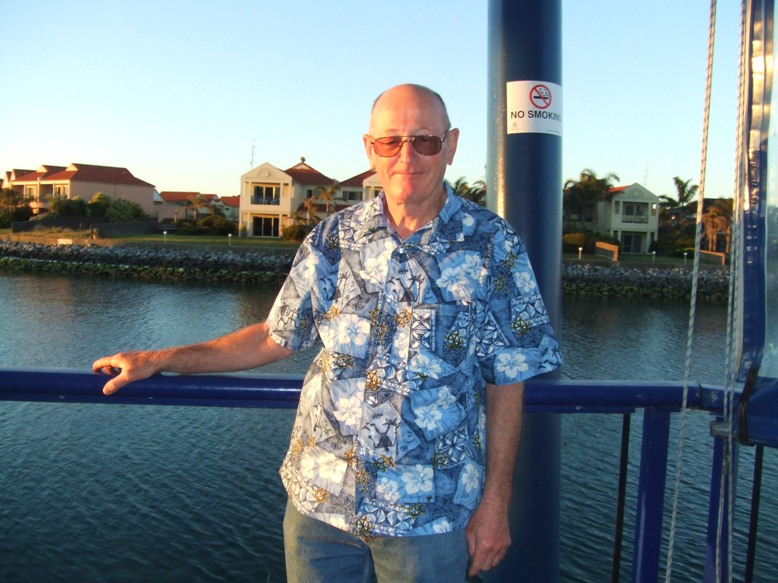 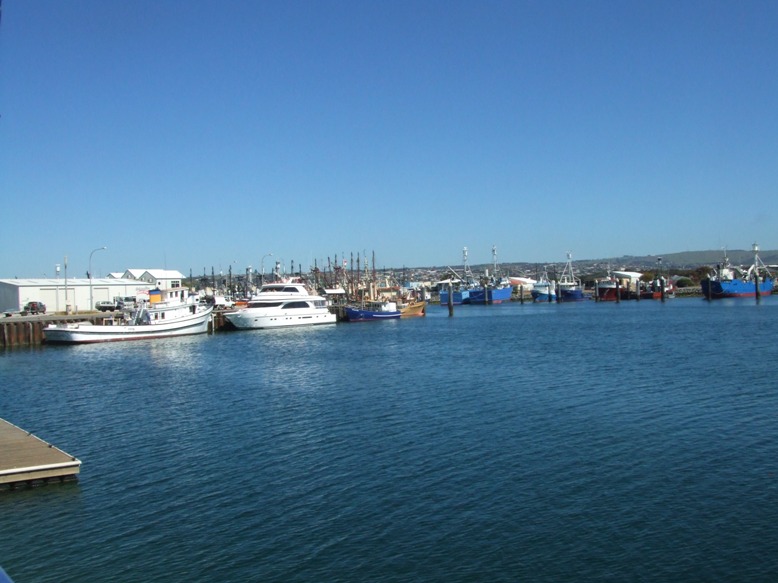 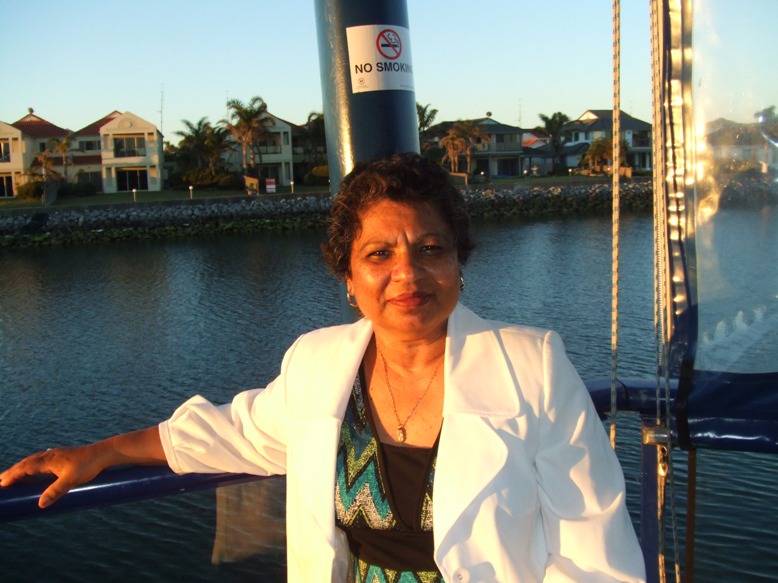 We decided on a taxi home as the return trip looked daunting in the dark on a full belly.

We made a side journey one day to Coffin Bay where the best oysters are grown and lunch was oysters on the beach front (for me). They had a butcher shop there selling country killed meat and locally caught whiting  so it was steaks for tea and whiting for the home fridge. A gastronomically fine  place is Coffin Bay. 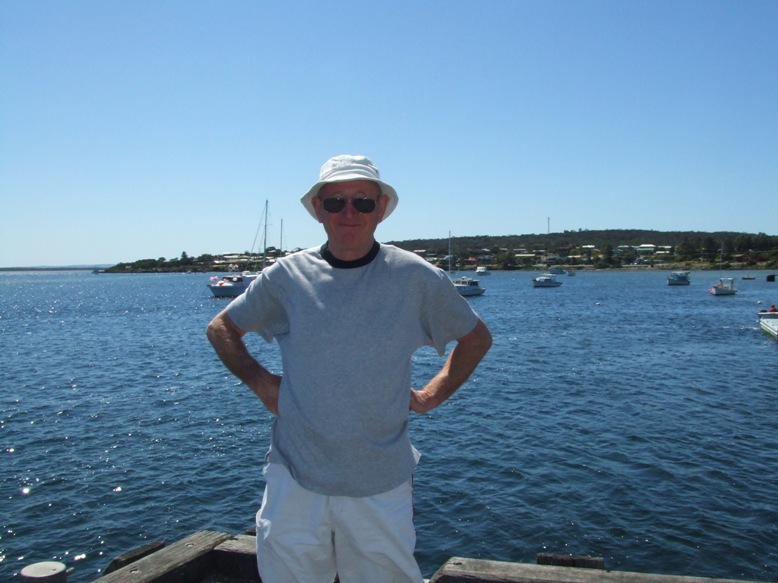 The trip meant we saw a fair bit of South Australia that we had never seen before and a fair bit we hadn't seen for a long time as we went up via Mannum, Angaston, Nuriootpa, Kapunda,Clare and Jamestown, staying with cousin Colin and his wife Helen near Jamestown. Their place is magnificent, a converted farmhouse turned into a Bed and Breakfast  called Peggys Retreat, and Helen a fine cook but Colin had a belly bug and couldn't share the home brew I had bought so I had to drink alone. From Jamestown we went through the Flinders ranges at Wilmington on to Port Augusta and then down the coast through Whyalla and  Cowell. With the sea on our left and wheat fields waving in the breeze  on our right it was a lovely trip in to Port Lincoln.

We did the more direct route home stopping only to pick up two goats for the deep freeze in Adelaide as we had oysters in the esky for John and me. Magnificent!

This has fired us up for more tourist type  trips..... watch this space.