The first visitor to Tarpeena for Christmas was John who came armed  with hot bhuja and jars of Garlic and Ginger from the Elephant House in Glen Waverley. His trusty Ford making the trip from Melbourne as it has so many times before and to everywhere else in Australia too. My home brew was praised and drank 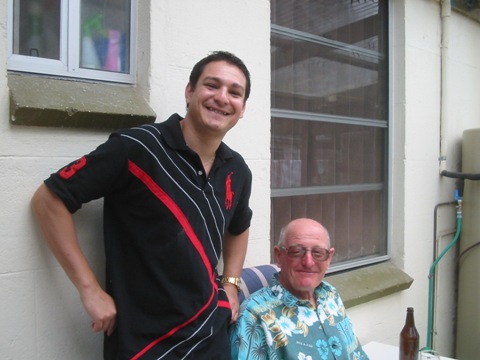 and Banjo was taken for his extra bike ride  through the Pines and all was good. the Turkey was cook

ed with the duck in the Weber and after eating his fill John announced his departure the next day( Boxing Day) back to Melbourne , packing the Ford with the things he had  previously left here that he now needed, along with some wine from Coonawarra and a jacket and hat that had been sprayed gold ready for a New Years Eve show themed gold

So one visitor had been and gone  and just as John messaged his arrival in Melbourne, Anthony and Julia turned up in a ute with Tony's plasma TV and (bonus!) a surround sound system. The greetings were cut short as the TV was unloaded and unpacked and then installed in the lounge room. This meant a change of interior settings until it was fitted neatly in a corner and the chairs re arranged. The coffee table which Tony had made at high school was placed  to hide the gas fitting from the old heater and also to  provide a resting place for my feet and cup of tea. It replaced the one Bill had made at high school and which now is in the games room for the same reason, tea and my feet when I watch the TV in there during the football season. 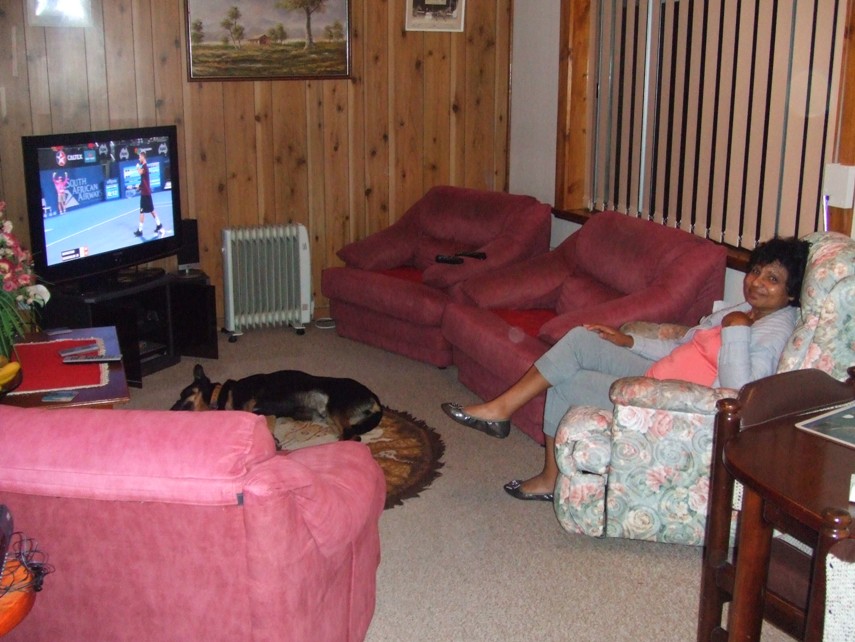 The plasma gave a new experience alright and everyone can now see the screen from within the room so no need to swivel it around when eating tea at the dining table. And when the Bollywood movies are played the sub woofer  resonates delightfully and I now have the means to get my own back on the skate park users if they play their hip hop head banging music from their car stereos . It will be a sub woofer barking chorus!

Anthony and Julia went a touring , caves, Coonawarra ,lakes and town although he had to change his oil and flush his radiator before he could go a touring but I have all sort of facilities for that in Tarpeena. Then all too soon they left for Melbourne and the New Years festivities which Nuran and I watched on the plasma to welcome in the New Year.

New Years day and Bill, Olivia, Julian and Eleanor arrived on a very hot day. We had cooked the Turkey in the Weber in the morning to beat  the heat  so salads and cold serves greeted them along with beer and cool wine. the kids loved turkey wings! It seems to be a Keenan thing to love meat on the bone. After initial hesitation on behalf of the kids,  Banjo was amused  by throwing the ball for him to catch - a game which Julian and Eleanor embraced to such an extent that Banjo took to ducking under the chair to escape but to no avail as Eleanor clambered over the chair and got his ball so he had to start again. It was a lovely evening after a hot day and it was even warmer the next day so Bill and his family went to the beach at Port MacDonnell for the day , meeting up with a friend and his family. It was a late return from the coast and a  cool breeze had sprung up so after a BBQ it was another pleasant evening with citronella candles, on the back veranda and kids playing on the lawn with Banjo.

A trip to Nangwarry to the museum to see the machinery and climb all over them giving a new meaning to interactive displays. and  a swim in the pool was their next days activity..  it pays to have a Grandpa with the keys to the museum, and then for Bill Olivia and children it was onwards to Coonawarra whilst Grandpa escorted other visitors around the museum who had turned up when they saw the cars parked there! 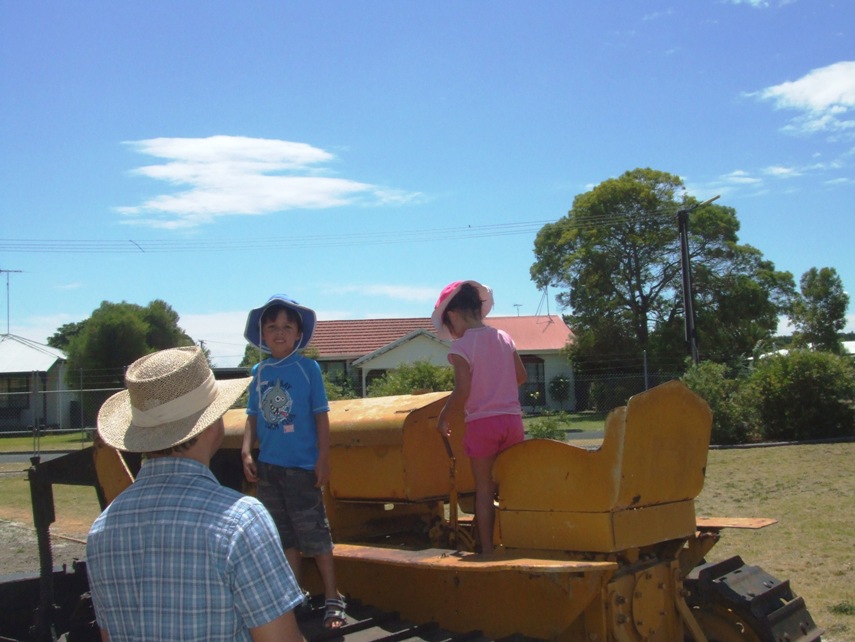 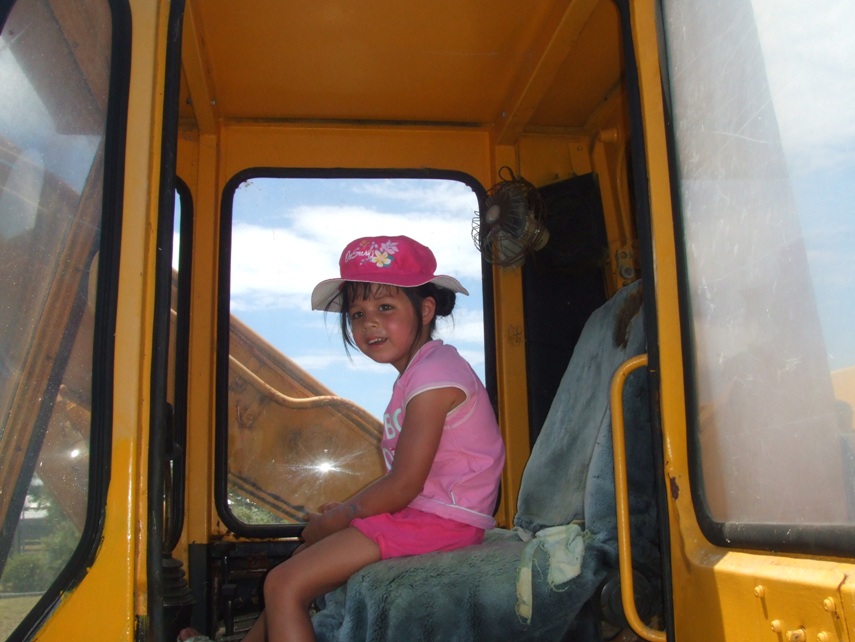 Thankfully a cool change came through later in the day  and it was a lot nicer to sleep that night and then all too soon they too were gone and the house was empty and Banjo was left with the ball in his mouth and no one willing to throw it.

The family is getting bigger but the house is no larger so its as well the visits have been strung out this year especially as it was so hot. 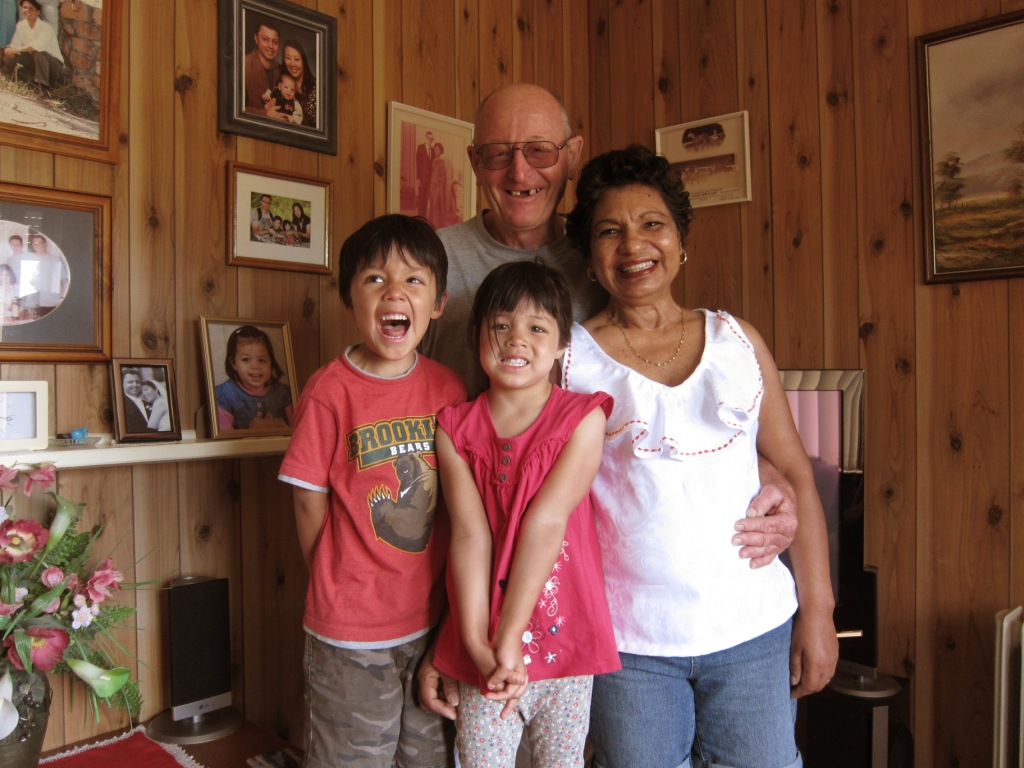 Now we are waiting for Jim and Cilla and Archie to come,  counting the sleeps until they arrive. It will be just like another Christmas!